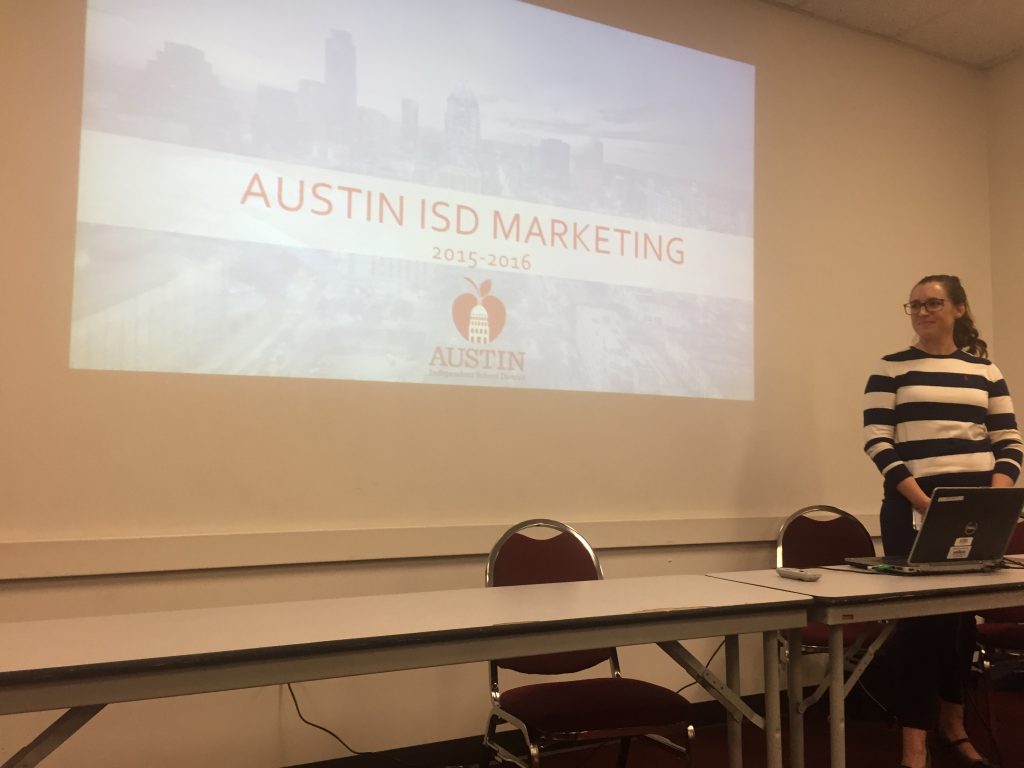 Alexander is the assistant director of public affairs and operations for the Austin Independent School District. Last year was the first year for Austin ISD to have a budget for an advertising campaign.

“Last year was the first year that Austin ISD had a marketing budget; it was $797,000 to do a marketing campaign,” Alexander said. “It sounds like a lot of money but it’s still a really tight budget for a marketing campaign that is in the 11th largest city in the entire nation and we’re trying to reach all of those families.”

“Austin is a really engaged community, everyone has a voice, we want everyone to have a voice,” Alexander said. “Whenever we put something out there with advertising we have to make sure there is a way to engage people too.”

Alexander told the audience the best advice she could give is to become comfortable with digital media.

“My favorite part of the panel was when [Alexander] shared advice on getting comfortable with digital,” said Kaylee Sullivan, a junior.

Alexander went over the branding for Austin ISD and shared some insight into their brand guide.

“Something that made an impact on me was when she said if a company doesn’t have a brand guide and you’re the person to suggest one, you become their MVP,” said junior, Diedra Eisenmenger.

Alexander also informed students of jobs available in Austin ISD within her branch, and encouraged students to look into them.

“What I took away from the panel is that there is more to public relations than I thought,” Eisenmenger said. “It made me excited for my future in Public relations and really gave me good tips to use when I go to look for a job.”

For more information about the jobs available or Austin ISD, visit www.austinisd.org, to view their brand guide visit www.auistinisd.org/brand.

View all posts by alt73